ASB Classic stalwart David Ferrer will start his 18th season on the ATP Tour in Auckland.

The 35-year-old Ferrer sits alongside Australian Roy Emerson as our most successful ever champion. The Spaniard has won four titles in the City of Sails, his first in 2007, before completely dominating the ASB Tennis Arena, going unbeaten in 2011, 2012 and 2013 to capture the titles.

“It is always nice for me to come back to Auckland.  It has been such a big part of my career.  Somewhere almost like home for me.  I have played some of my best tennis there and it will always be very special for me.”

“It is always nice for me to come back to Auckland.  It has been such a big part of my career.  Somewhere almost like home for me."

Special it has been.  In addition to his four titles, Ferrer has made three semi-final and three quarter-final appearances in his 12 previous visits.

“We have been so privileged to have a player like David for such a long time.  His loyalty has been unrivalled and personally I think he deserves a key to the city.  He is probably the player we are asked about most if he will be returning.  He is loved by fans here and maybe this will be their last time to see someone who is very special for us in Auckland.” 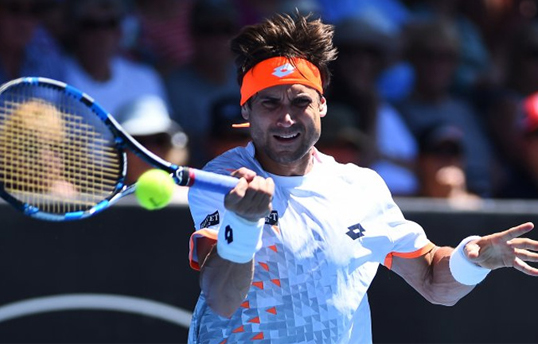 The 35-year old has won twenty-seven titles in his seventeen years on tour, reached a career high ranking of number three in the world and won the ATP Tour Finals in 2012.   He sits 7th on the all-time leading prizemoney list.

Ferrer is said to be the unluckiest player to never win a grand slam, he’s been right there with the top four players (Federer, Nadal, Djokovic, Murray) for the last decade. While a grand slam might be out of his reach now, a fifth ASB Classic isn’t and the Spaniard is gunning to make that happen.

“Maybe I have one more title there”  Said Ferrer.

The men’s field is now taking shape with four former champions returning (Ferrer, Sock, Isner and Bautista-Agut) and four next gen players (Shapovalov, Rublev, Chung, Khachanov) confirmed for the January event.  The strength of the field will mean Ferrer will have to play on a blockbuster Monday or Tuesday.

“With the likes of Ferrer and Bautista not going to be in our top four seeds, the opening days are going to have some intense battles.  All of our young stars, hopefully a kiwi and possibly three former champions will all have to play Monday and Tuesday.
Imagine a Shapovalov versus Ferrer battle on opening night” said Budge.