We take a closer look at artist Hayley King, aka Flox

That's how artist Hayley King (aka Flox) describes her relationship with the city that's been the backdrop and inspiration for her remarkable success story: a story that defies the truism of the struggling artist and proves the value of a good business plan.

Until her teens, King was a country girl, raised in Kaitaia. She moved to Auckland to study art at Western Springs College and Unitech, got a part-time job in a bar and a studio. 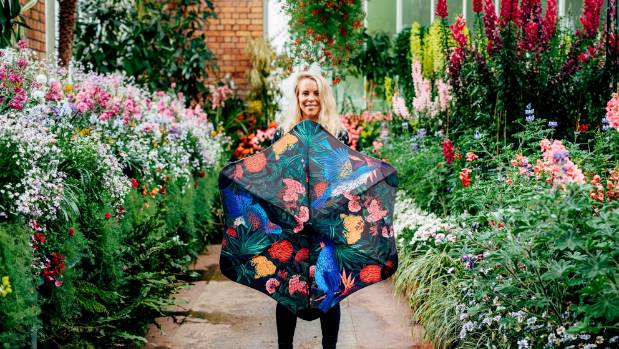 She knew she was going to be an artist, but not "a hoity toity artist".

"I didn't want to exhibit in galleries that 95 per cent of people would never go into. I wanted to get the Flox name out there, to a wider audience."  And so, after art school, she did an intensive business course through WINZ, and wrote a business plan. And then she "totally followed the plan."

That was 14 years ago, and Auckland was growing fast, becoming more diverse, redefining itself as a series of vibrant urban communities.  King lived in the central suburbs, looked for the opportunities, and grabbed them when they came along.

So is she more artist, or entrepreneur? "Depends who you ask", King says.  "My artist friends come to me for business advice, but I'd say I really I haven't got any special [entrepreneurial] skills. I just worked my arse off."

She started selling T-shirts with her artworks at the Aotea market, and they sold quickly: her bold, bright native birds (that's where the name Flox came from) and flora patterns, done with stencil and aerosol paint, hitting the sweet spot between unique and accessible.

Then there were the streetscapes: with a network of like-minded artists, King sought out empty hoardings around the city's many building sites - her first one was at an apartment development in Kingsland - and working at night, transformed them into huge artworks. 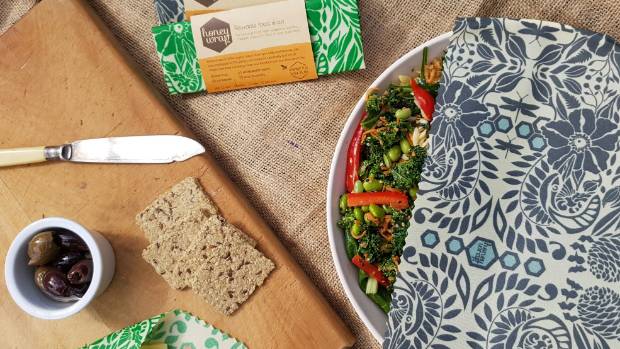 It was branding by stealth, and it worked.  Paid commissions started coming in, and King landed a job with Air New Zealand designing the Christmas gift pack for their employees. She gave up the bar work, and just kept right on saying yes to every opportunity to get Flox art in the public eye. Six years ago she opened a showroom in Grey Lynn, in a building that multitasked as living and working space. It was a space casual enough, she says, to make first-time art buyers feel comfortable about wandering in.

Today she has five staff, including technicians who help her cut stencils and pull together designs from her concepts. There's a website selling her paintings, prints, books, jigsaws, T-shirts, lightboxes. Carpet company Godfrey Hirst is making Flox rugs, which will sell for around $4500.

King, now aged 39, her film-maker partner Gareth Moon, and two children (Bo, 11, and Indiana, four) have just moved into a new 170 square metre townhouse, she's got new global partners, and ideas for Flox branded boom boxes and yoga mats. She has done more work for Air NZ, and for Sanitarium, and Blunt umbrellas. She has just launched a range of Flox rugs with carpet company Godfrey Hirst . People outside Auckland know her name now, and want her art .  She is a judge in the upcoming Keep NZ beautiful awards, and will do a bespoke mural for the winning town. 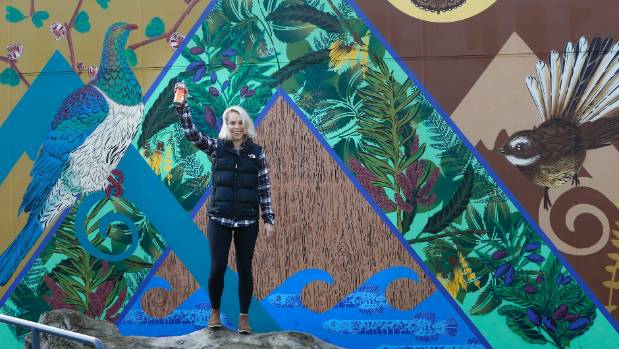 "When I do that, I will draw on the place, find out their local stories and include that in the piece, make it relevant."

But Auckland - with its artistic networks and business opportunities   - is seminal. She loves the city; loves her life here; won't move: "I couldn't have done what I have done anywhere else except Auckland."

And like Auckland, the Flox empire is ever-changing, ever-growing story: "We've got plans. We're going to expand. I feel like we are on a precipice."

Favourite Auckland galleries?
You can't go past the Auckland Art Gallery for a leisurely outing with the kids. They've got all the bases covered for the whole family. Studio One in Ponsonby Rd is very community oriented and I love that.

And homeware stores?
Citta, Shut the Front Door, and The Bloc in Mount Eden's Normanby Road.

What do you love about the city?
I love that people are spending time on local things: I get my hair done at Loxy's, buy wine at El Borracho, my husband shops at AS Colour…. And all of that is really close [to her Grey Lynn home]. I love that feeling of walking down the street and seeing someone you know

Not so fond of?
I don't do queues. I've got better things to do.

What do you do in the weekend?
Go for a walk, shopping with the kids at St Lukes', maybe a movie. We get out to the West Coast beaches when we can.

*Haus of Flox, 13 Great North Road, is open to the public Thursday to Saturday. Flox products are sold online at flox.co.nz

By Sally Duggan - as seen on stuff.co.nz